once the dust settles....

April 24, 2017
Many people are still confused by what it means to be transgender and I can understand why even we at times grapple with its definition.

In the hunger for media stories with human interest it is often the extremes that draw the most attention. That 53 year old man who left his family to live as a 6 year old girl was one and the byline underscoring it should have been about mental illness. You can find such people all over society without the gender confusion thrown in except those who seek to invalidate the transgender experience will find solace in these cases. Walt Heyer is another less jarring example which is often trotted out by would-be detractors as the man who was cured of his mental illness by finding religion.

Despite the naysayers, the public is far more accepting than ever and, in this new environment, some kids will be hurried along the conveyor belt of transition and put on puberty blockers by well-meaning parents who want to help their children be happy. That they may be erring by succumbing to their pleas is something only time will tell since it is difficult to know at such a young age what one wants out of life.

The churches also struggle with this issue and they tread the line of "love the sinner but deplore the sin" as if being transgender were a transgression that one willfully chooses. The Seventh Day Adventist Church recently came out with their official statement on gender dysphoria and it is as you would expect aligned with this idea. It asks transgender people to put up with their dysphoria and live "normal" lives and, while it acknowledges that it is not a lifestyle choice, it is nevertheless viewed as an aberration be treated through repression; the very same tactic they tried on gays and lesbians.

Other secular conservatives see this as a movement rooted in exploratory fad which is of course also a fallacy. No one would deliberately choose to be different and, as someone who grew up during a time when this was best kept to yourself, I can attest to this on a personal level.

So we are at a crossroads where the factions arguing along biological and religious grounds are pitted against those who think gender is exclusively a social construct, except that both extremes are not quite correct. Instead each case must be measured with the goal of what is best for the individual’s quality of life and happiness and, once an informed decision is made, it should be incumbent upon our society to support them.

I continue to be appalled at public opinion which is often based on an obvious lack of knowledge; this regardless of the issue. If you are going to develop a stance then at least educate yourself for it is in so doing that its subtleties will become evident. But still, I am counting one day seeing a world where the static binary model that brings many comfort can co-exist with gender variance and with people who must by necessity transform their bodies; and that we will all simply live and let live.

This New York Times Op-Ed illustrates some of the confusion of our current times. In it the mother of a girl who identifies as a tomboy expresses exasperation at some of the people who would be too quick to label her daughter as being gender non-conforming or even transgender. The reality is that she is who she is and labels need not apply. How this young woman ultimately chooses to live her life and express gender is entirely her business.

As you can well imagine the right wing websites are all over this story because for them there is no such thing as having gender dysphoria and transitions are folly. So let the confusion reign until the dust eventually settles and we just let people be who they are. 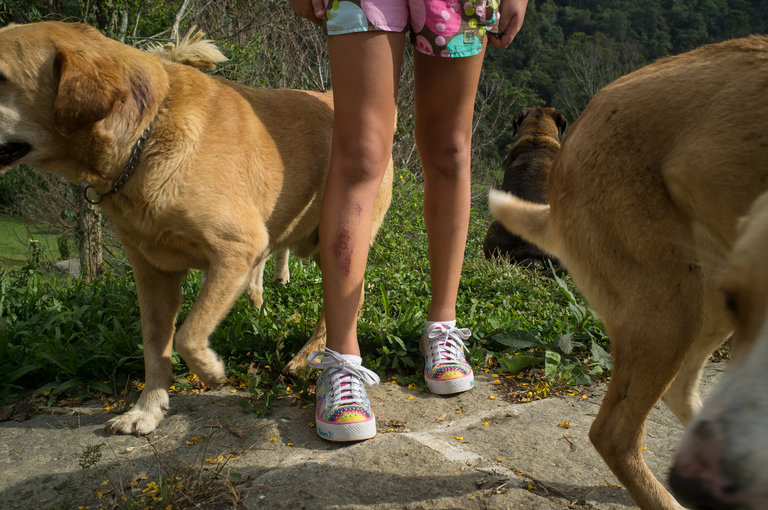