what lies behind the curtain

April 17, 2017
Populism can work but only when it is backed by the gravitas to truly want to make a difference.

Donald Trump pretends to espouse the populism of real change while Bernie Sanders, who truly wants it, swims against the current of capitalist orthodoxy. The latter captured the intellectuals and the youth vote while the former managed to dupe rightfully disgruntled blue collar white voters who have innocently done themselves a huge disservice.

But then in this last election the alternative to Trump was less than stellar.

Being led down the garden path is not a new concept but it has rarely been so flagrantly devoid of camouflage as it is today. I sit in bewilderment of how the incompetence of this administration doesn’t appear to stir into action an approriate response. This until I remember that many people are plugged into their own echo chambers or are easy prey for being bamboozled.

The populism of 20th century European despots like Hitler, Mussolini and Stalin worked for a limited time on a population that would discover an uglier truth lurking underneath. That this took time had much to do with that era's limitation in the flow of real information. Today we counteract with lightning speed data from faux news sites like Breitbart in an age where even mainstream media reporters need to tread lightly to not rock the boat of their corporate bosses.

Still, I can't help but be optimistic because I am seeing glimmers of a grass roots movement taking shape. The model of greed and consumerism that kept people distracted for so long might just be defeated by a youth culture that is far more likely to look behind the curtain. If they haven't done so already, the truth they will find there is that we are not so far removed from the days of serfdom as we would like to think. 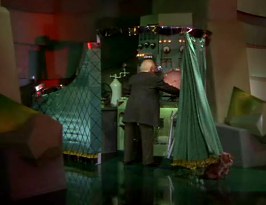