August 27, 2017
I must plead ignorance in trying to understand why any transsexual woman would want to self identify under a model where they are considered mentally ill men. After all, Blanchard says you are either a homosexual who desperately desires sex with heterosexual men or you are a heterosexual who wants to have sex with himself.

But without scientific proof that this model is correct why embrace it about yourself? After all, it has a negative outlook on transition as treatment for gender dysphoria. In addition, the vast majority of transsexual women are high functioning and continue to be after transition and suffer no more from mental illness than the rest of the population.

Even if you identified with the “homosexual transsexual” diagnosis there would be no advantage either as Blanchard did not establish hierarchical preference in his writings and for that matter neither does Anne Lawrence. In other words, you are still left with two sets of mentally ill men with barely a mention of female to male transsexuals which most definitely exist.

The model has not aged well and it suffers from diagnosis methods which are purely based on sexual practice interviews upon entering the CAMH for gender dysphoria treatment. This is why after a number of years reflecting on it I have come the conclusion that it could at best be termed “junk science”.

Maybe a better method of measurement would be the post surgical level of functioning and happiness of transitioners.

So why would some of them identify under it? I don't know but I am certainly open to suggestions 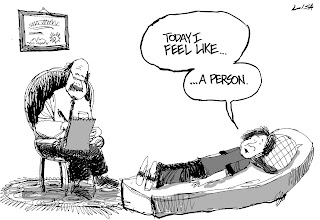