before it's too late

January 30, 2019
You either believe that you are your brother’s keeper, or you don’t. Unencumbered free market capitalism as a model isn’t working in the United States as proven by the increasing wealth going into smaller and smaller hands effectively leading to slow social decay.

Anyone who still believes in Reagan era trickledown economics hasn’t been paying close attention because one key element has been left out of the discussion: human greed. The presumption was that companies out of the goodness of their hearts would employ American workers and pay them decent wages which has been proven to be false. Instead, they set up financial structures to enrich their investors which resulted in global outsourcing of materials and services. Think of a blue-collar industry that used to exist in the United States and most of them are gone.

It didn't always used to be this way.

Republicans are now well on their way to dismantling their own society by taking away employment and wages from the very same people they purport to defend namely the hard-working American red state family which today is making due with increasingly lower wages. By shifting the discourse away from the true problems and demonizing the evil Mexican hoards at the gates, they manage to fool these people into voting against their own best interests.

At its current pace, America is probably about 20 years ago from social implosion and unless something is done to reverse the trend nothing will stop it. Once the bottom rung of your society has fallen into destitute poverty you no longer have a social fabric to rely on and you risk upheaval in the streets. All nations have choices and now is the time to make one. The free market capitalist experiment begun in the 1980’s has failed and it’s time to create a new one before it is truly too late.

You can drown government in the bathtub, just be prepared to see your society go down the drain along with it. 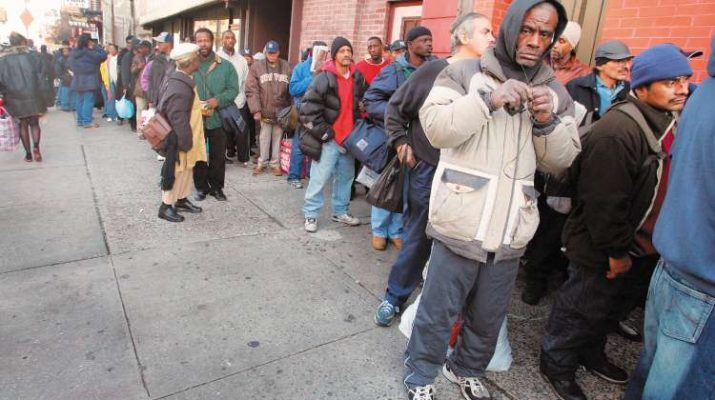