March 03, 2019
I was a 20 year old Physics student at the time working at a mailing firm between semesters. The people were friendly and the day flew unnoticed as we tended to machines which stuffed advertisements into envelopes. The darned machines also had a tendency to break down at the most inopportune moments.

The people there knew what to do and I was quickly versed in the art of returning the flow to a particular sub-mechanism that had refused to cooperate and then rewarded with a wry smile of recognition for my ingenuity. These were kind but rugged and weather beaten folks who had suffered through the indignities of months without work which would at times see them apply for unemployment. It was a ragtag family stitched together through necessity and they bonded through the humor that was shared over lunch hours in a small room more aptly described as a large vestibule.

I learned much about life there and about people's lives whose company I would never return to. They understood the importance of doing a good job even as they knew these mailings would be tossed immediately into recycling bins and their efforts go unappreciated.

The work could be described as menial but the job held more value for me in understanding how levels of society work and how everyone has a role to play in advancing it. 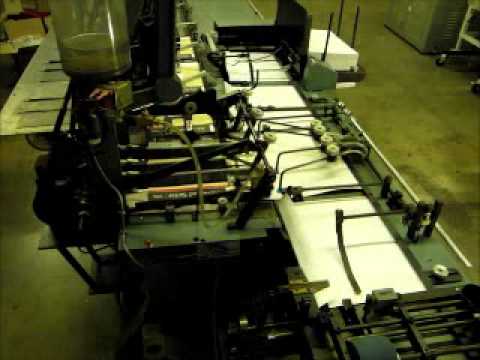