April 23, 2014
I want to talk about what is normal and what that means because I did touch on it two posts ago. Firstly I will state that no one is normal in this world and we all have different variations of behaviour, mannerisms and belief systems that make us unique.

Gender dysphoria (which includes Harry Benjamin types 5 and 6 and are otherwise known as full blown transsexuals) is considered to be an abnormality because it occurs in a tiny fraction of the human population. It also has no known biological tracer of any kind, which has made it easier for people like Ray Blanchard to come up with theories that have amounted to be nothing more than pseudo science.

The behaviour of people with dysphoria throughout history has been to somehow try and bridge the gap between their physical (birth sex) and internal sense of gender. There are countless of examples in history of men living as women and women living as men in order to try and align themselves with their internal selves. There was no way to surgically alter one self and the radical concept of physical gender transition is a relatively modern invention.

What makes gender dysphoria so aberrant for most people is that, unlike other physical or mental conditions, it touches on a fundamental issue of sexual identity which is something the vast majority of people never ever need to doubt.

People can understand or even somehow relate to a physical deformity or brain based conditions like schizophrenia, bipolar syndrome or depression but they cannot grasp why anyone would question their own gender identity.

Yes it is abnormality but it is a repeatable experiment.

Think about that for a second.

It is a repeatable experiment in which person left in complete isolation from others like themselves would experience the very same feelings and actions.

When I was very young and up to the pre internet era, I had no idea that there were others like me. When I first began to find the websites of others who had lived almost mirror image experiences to my own, I began to slowly realize that I was not alone and that others were experiencing the same feelings. In many cases the stories were eerily similar.

This meant that even if the global population was in the billions, there were still millions out there like me in the world.

Later at the hospital gender clinic I became part of their patient history and I was told that I represented typical behaviour for a gender dysphoric person. I surprised no one there and in fact surprised mostly myself as to how routinely my apparently aberrant behaviour was being viewed by the clinicians who treated people like me.

We are now at a new crossroad for developing a new understanding of gender variance.

The separatist and unscientific beliefs of the HBS radicals who wanted to distance themselves from the types 1 through 4 as well as the caustic theories of mean spirited crackpots like Ray Blanchard are about to make way for a new generation of thinkers which will develop a new understanding of what gender dysphoria is and how it should be dealt with in society.

Instead of being seen as an aberration maybe it should be seen as just another variation of nature. I would personally favour more options for people who do not see transition as they way to go and more tolerance for those who do not feel the need to conform to the gender binary.

You should never feel pressured to alter yourself surgically in order to feel like a whole person and you should not let society shoehorn you into being exactly male or exactly female if you do not feel as such. 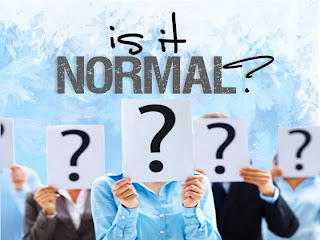