- April 17, 2014
I am not against the idea of transition; far from it. For many it is a lifesaving operation and allows them to live as they were meant to all along.

Those of us who have varying degrees of gender dysphoria, it may not necessarily be the right decision and could turn out to be the biggest mistake we could ever make. Remember that you don’t need to surgically alter your sexual organs to express gender so why go through the surgery at all?

We are starting to see the beginnings of a gender revolution that I have never seen before in my lifetime. People of my generation had little to no outlets to manage their gender dysphoria and our ability to express our gender variance was limited. Sure you could join a secret crossdressing club but this was not for everyone and there was something almost seedy about having to do this in absolute secrecy.

In many parts of the United States in the 1950’s you could be arrested for dressing in women’s clothes in public.

Today, as I go about my business in the world as a woman, I realize I am not always passing and yet I have noticed a marked shift in the way people perceive and relate to a crossdressed male. If they see a secure and friendly person, they will treat you as such. Confidence, dignity and poise are huge factors which come into play here.

The sartorial freedom that once belonged exclusively to women is beginning to slowly apply to males as well. Not everyone will take advantage of this latitude but it’s nice to know that it’s there for those of us that do.

The young are not the least bit shocked by a male in a dress. They know what it means to be gay and transgender and have grown up in a world where these are known conditions. This is a far cry from when I surreptitiously looked up the word transvestite in my 1973 Encyclopaedia Britannica and fretted about how this applied to me.

The world has changed and so have I.

I sometimes read the blogs of those who have gone into transition and don’t always see a happy result there. Perhaps there wasn’t enough mental preparation made, the right job conditions did not exist or the family rejected them outright. It’s hard to make a wholesale life change of this magnitude without massive turmoil but if you have lived more than 40 years of your life as a male, I am not certain that transition is going to go the way you have envisioned it in your mind.
You have invested so much of your life in another role and perhaps you have children and a spouse that you depend on the person you are today.

Transition is no doubt best for the young. Those who are just beginning their lives can invest their energy in becoming the people they were meant to be and if that includes a change of gender then so be it. Your entire life is ahead of you.

Those of us in our forties and fifties are in a more dangerous territory and the outcome is far from certain and there is much investment made in what we have built. My only warning would be that you be absolutely certain of what you are doing and that you try and find alternate methods to deal with your gender confusion before committing to a full transition.

I consider my dysphoria to be very strong and there have been times when I have seriously considered that gender transition could be a wise choice for me but then I realize that at its root this is an illness. It is an abnormality that I was born with which I must manage. The management of my dysphoria need not automatically lead to transition.

Better a happy abnormal male than an unhappy normal female - this is what I have decided that will apply to myself.

I remember my last session with Helene (my last gender therapist) during which I told her that I considered what I had was an illness. She couldn’t really argue with me and she has seen many, many people through transition and GRS. She asked me to join her group in order to be able to speak to others about my point as she thought it could be useful for some of them.

I declined then for fear of exposing myself to a group of transitioning transsexuals and feeling encouraged to go for it myself. Perhaps I should have gone anyway.

Being a secure, mentally healthy people should be our ultimate objective. Expressing your internal sense of gender could and should form part of that mission.

There is nothing wrong with that at all. 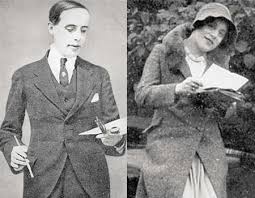