- September 19, 2014
A good part of our journey involves letting go of some shackles. Most of us were raised with pretty strict messages about what kind of behaviour was acceptable for our birth sex and we adopted the archetypal patterns that were expected of us. The more we internalized the message the more difficult it became later in life to undo some of that damage.

It’s fair to say that North American and European cultures of the middle part of the twentieth century were extremely restrictive in their gender rules. Any deviation from the norm was unacceptable and in fact we saw an extreme exaggeration of what it meant to be man and woman. Men were to be masculine, virile and tough while women were to be submissive, feminine and nurturing. But this was to a great extent a mirage since a great many people never fit that model very well and they simply went underground. Men dressed as women in secret, some gays married women to try and fit in and people went to church because it was expected whether they believed or not. We had a whole subculture existing under our own noses but didn’t know it or didn’t readily acknowledge it.

Growing up then may have seemed simpler but that was perhaps due to the level of conformity going on. The stricter models presented to us made for a clear road map but didn’t allow for much variation.

By the late 60’s, things began to unravel and we saw the women’s, gay and hippie movements start to rebel against these artificial norms. But that was only scratching the surface and there was much more to come down the line.

When I compare the world of today to the one of my childhood I can scarcely relate them to one another, and although the argument can be made that we have lost our way in some areas, I would not trade the openness we have espoused on a great number of issues; gender variance being one of them.

This is clearly the next battlefront for social change in the world and although I posted about overexposure the other day, I am happy that I can discuss this topic openly with my own children when I barely discussed sex with my own parents when I was their age. 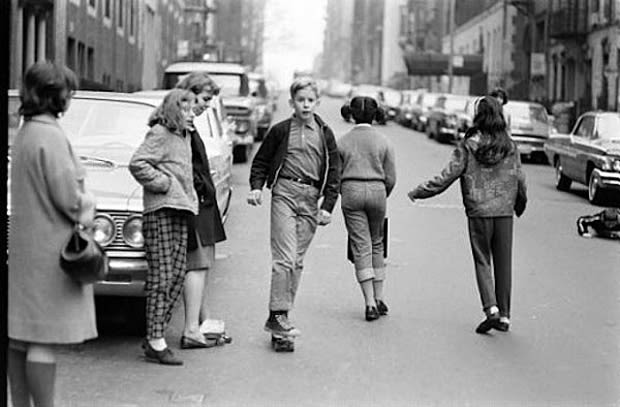