July 07, 2015
I was watching a documentary on Iran where gender reassignment surgery is permitted and actually sanctioned and paid for by the government. The thinking behind this is that homosexuality is not permitted by the Qur'an and so the alternative is to have these young men be sexually reassigned into women.

The heart breaking part of all this is that many of these people are not the least bit gender dysphoric and yet they undergo the procedure only to satisfy the demands of their religion. The alternative is that they be stoned to death for practicing acts of homosexuality.

Dressing as a female is also not permitted because according to one cleric being interviewed for the documentary this only causes social disruption. Therefore the only alternative open to these misfits is the state sanctioned surgery.

One young woman who had been ostracized by her family grudgingly agreed to the surgery and, although clearly an effeminate gay male from the start who would have been happy not tampering with his genitalia, there she was a year later using prostitution as a way to get by. Ironically since she is not technically a natal female and cannot bear children, her religion grants her temporary marriage licenses that last one hour so that she can go to bed legally with men. The sadness in her eyes was overwhelming as she was being interviewed.

It is indeed a strange world we live in. 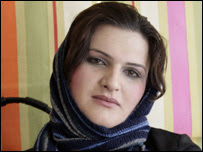