- September 15, 2015
Besides Ray Blanchard, another CAMH (Canadian Center for Addiction and Mental Health) member worthy of noteriety is Kenneth Zucker. He performs reparative psychotherapy on gender variant children by examining any unorthodox relationships between the parents and the child.

It should be stated that Zucker is not a disciple of the concept that gender non conformity might be innate and a part of the natural variances we find in nature. This means that for him and his colleague Susan Bradley, things like homosexuality can also be repaired through psychotherapy; the idea being that if you get the child early enough you can fix their damaged psyche and make them “normal”.

If you read some of the literature of Zucker you will find texts such as the following:

“The boy, who is highly sensitive to maternal signals, perceives the mother's feelings of depression and anger. Because of his own insecurity, he is all the more threatened by his mother's anger or hostility, which he perceives as directed at him. His worry about the loss of his mother intensifies his conflict over his own anger, resulting in high levels of arousal or anxiety. The father's own difficulty with affect regulation and inner sense of inadequacy usually produces withdrawal rather than approach”

This narrative is almost Freudian and smells of Oedipus complex.

In Zucker’s world, all variances in gender behavior and sexual orientation stem from psychological abnormalities in the relationships established early in life. His work is supported and cited by conservative religious organizations but attacked by LGBT groups as being regressive and not respectful of people’s differences.

What then begs as a question is: is it possible that ALL forms of gender variance exhibited by young trans kids are exclusively the result of damaged parental role models? Yes. Is it probable? No.

One thing is for sure: nature abhors perfect uniformity and there are plenty of permutations of every sort at every level. Why would gender identity and orientation be exempt?

Religious fundamentalists believe that God does not mistakes so are we fixing His errors when we subject these children to therapy when they would otherwise be happy expressing gender as they wish? and who is this reparation for? the betterment of society?

I have read enough personal narratives to know that many transgender people don't fit into Zucker's faulty family dynamics model which results in Bobby wanting to become Susy although I don't doubt that some of them might.

In all real probability, gender variance is a combination of biological predisposition coupled with socialization.

The next logical question which begs asking would be: what is so objectionable about gender-variant children that they require reparation?

To which I would respond: why not ask your local conservative religious leader. 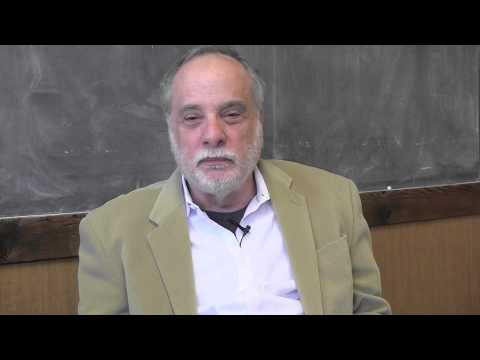