I don't get it

I was born in Europe and raised in Canada where the idea of owning a gun is the last thing on people's minds. This is most especially true in urban areas.

The right to bear arms is engrained in the American constitution so gun advocates use that phrase to justify arming themselves to the teeth. Never mind that the constitution was drafted in 1776 and was meant to serve a new fledgling country with expansive spaces and the need for hunting. Your local law enforcement officer was probably also hours if not days away.

Pretending that the same rules should apply in the 21st century is beyond ludicrous.

In many States, if someone breaks into your house you can shoot them no questions asked. Sometimes before some people get to test that weapon on an intruder their own child inadvertently uses it on themselves or on a sibling.

No America doesn't necessarily have crazier people than other places. What they do have is easy access to weaponry. So once again we have a mass killing with someone blowing a breaker in their brain and going on a rampage.

Some have argued that the reason this happened there is because it wasn't protected enough. In other words, they were short of guns. At this point I raise my hands in exasperation and realize that it will take a cultural shift too demanding to resolve with just legislation which would have little chance of passing.

It might just be too late to change something that appears to be permanently culturally anchored. 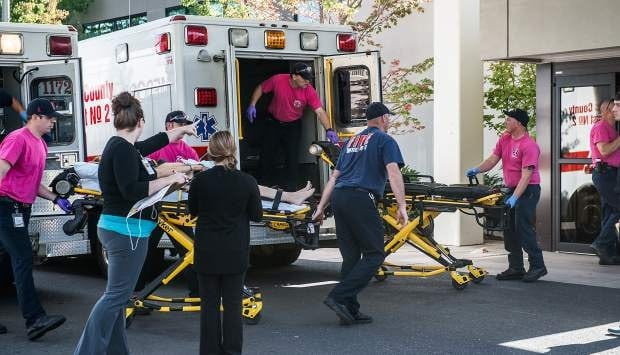