October 05, 2015
Some gender dysphorics try to explain the way they are by adopting the narrative that they experienced emasculation trauma at an early age. That occurrence so marked them that it helped produce some sort of fetish.

I've reflected on this argument many times but have always come to dismiss it as an origin for the transgender condition. First you must buy into the idea that a very young child can be sexualized many years before puberty and secondly you then need to accept that whatever happened to them was so traumatic that they are permanently stuck this way.

This type of narrative is not very prevalent in the countless ones I have read from other gender dysphorics. It seems that many had pretty normal childhood experiences save for the fact that they needed to hide this early self discovery that they were different. But I don't discount certain people's narratives and how they helped shape their psyche.

People who favour this argument may find solace in that since they enjoy what they have identified as a fetish, they feel they are exercising control over it. However , if they are actually gender dysphoric they will find that the feelings typically magnify with the aging process (see my previous post on this). So time will tell. I don't see why the trauma argument would hold more appeal than genetic predisposition since in both cases one is in essence stuck in a situation which is beyond their control and ultimately requires self acceptance.

Please note that I am making a distinction here between fetishes developed into adolescence and adulthood (which all kinds of people have) and which are considerably more common.

In the end we are left with much speculation and nothing provable and, since everyone requires a personal narrative to explain their own situation to themselves, this one will work just as well as any other. 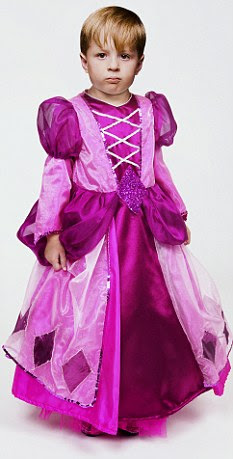