the issue of orientation

Harry Benjamin did not classify his patients by sexual orientation but instead by the degree of disconnect they felt from their birth sex. Indeed before the time of Benjamin and under the care of Magnus Hirschfeld, one of the earliest patients to undergo surgery was Lili Elbe who would have been classified as an autogynephilic transsexual by Ray Blanchard.

To confuse matters further, Both Benjamin and Blanchard wondered if transvestism (as it was then known) shared a common etiology with transsexualism. Benjamin saw many patients who blurred the lines between the two and this is how he ended up fashioning his scale.

However for Blanchard there were two types of unrelated transsexualism while for Benjamin there was one and it was independent of orientation. He never made the same connection that Blanchard found so relevant.

The landscape of our twentieth century is dotted with gynephilic and androphilic transsexuals but for obvious reasons we have more androphilic by virtue of the more favorable alignment of circumstances that an androphilic possesses.

If we find out that there is a biological tracer for transsexualism then the entire orientation classification of Blanchard's becomes important only as a factor which colours how early or even whether someone transitions at all.

Some time after Benjamin's death the idea that androphilic transsexuals were true transsexuals began to take hold among some of these transitioned women themselves. This had no basis in science nor was it found in any of Benjamin's writings. Once Blanchard came along he helped the cause of these believers because by putting each group into two silos these "true" transsexuals could claim that the autogynephilic variety were just perverted men in love with their own female image.

Ultimately this assumption will be proven to be incorrect and Benjamin's biological source of gender dysphoria will triumph once the science catches up.

Kimberly Reed is a current example of a gynephilic transsexual who transitioned during her College years and was at one time the much envied high school captain of the football team turned woman. I remember seeing her on Oprah a few years ago and would never have guessed she had not been born a female. She breaks down the idea that one must be an effeminate girly boy who then transitions and marries a man. In fact Reed considers herself a lesbian woman and has a female life partner. She is also the model of the type of transgender woman that I wish Caitlyn Jenner was.

Gender dysphoria does not discriminate according to orientation. It's just either strong enough or not in obliging you to transition. Orientation becomes a filter for the condition and nothing more. 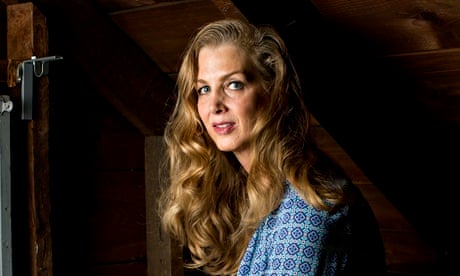