January 22, 2016
Yesterday Jack Molay from Crossdreamers posted an article which is essentially the confession of someone who identifies as a crossdresser searching for their gender identity. It is the story of someone who from a young age realized that they were different and they went through various stages only to come to the realization in midlife that there was more to their feelings than first meets they eye.

It could be any one of us.

Like me at one stage, this individual is struggling with what to make of the feelings and how to deal with the aspect of arousal and its role in the overall portrait of one’s perceived gender identity.

This was my search when I began this blog and I could not understand or reconcile the feelings of my youth with what happened to me after puberty.

We say that gender identity and sexual identity are distinct but I haven’t the slightest doubt that they do in fact overlap. The reason I say this is that there are so many stories of people out there with all kinds of permutations and variations that it has made me rethink this concept of two perfectly distinct towers standing side by side.

If there is overlap then what happens to gender dysphorics is that the wiring is crossed and our sexual longings become somehow fused with our perceived internal sense of gender identity. This is why we can long to be with a woman and be one at the same time.

This aspect stressed me no end and the angst I felt is documented in the early days of this blog. But once I understood and resolved this in my mind it no longer became a source of distress when I finally realized it was a component of my dysphoria.

Much of the anguish we experience is rooted our western prudishness which when coupled religious indoctrination makes the perfect cocktail of guilt and shame that slowly eats away at you until you virtually explode from lack of resolution. Gender dysphoria is a complicated beast and it takes a while to understand its demands and how to navigate them.

All that being said, I am hard pressed to think of a more elusive issue than human sexuality.

You can view Jack's latest Crossdreamers posting by going here. 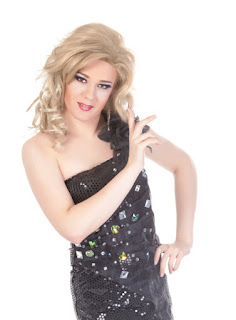