towards a new glossary

January 28, 2016
The term transgender has been broadened to include people whose expression of gender does not match the expected binary norms. While I applaud this and think it’s a positive step forward what I really like is the loosening of the reins held by society that says "men do this and women do that".

Under the current umbrella term we are clumping together highly dysphoric people who absolutely must transition with people who occasionally like to crossdress and everything in between. Again, amazing inclusiveness which is good but perhaps we haven’t got the nomenclature quite right yet.

In the past we drew clear boundaries but since we see so much variation out there why not just stick to male and female for people who want to live as one or the other and stick to the script and maybe gender variant for everybody else?

For example, I have absolutely no problem with having male plumbing but I have gender dysphoria which requires me to express gender in a different way. Does that make me transgender? By today’s definition it does. But when I was growing up the latitude that exists today did not and people like me were just freaks; so were full blown transsexuals for that matter.

With barriers pertaining to expression disappearing I am predicting we will see a different glossary being developed over time.

But for the time being I have an idea: let's just use the term human behavior. 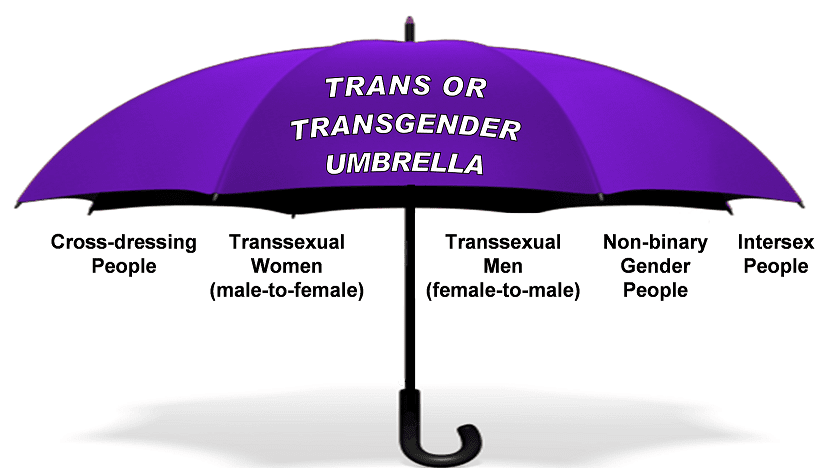