April 13, 2016
Almost on a daily basis you will see a news story on the internet about someone who, after many years of marriage, is suddenly transitioning. These stories used to be shocking tabloid fodder but are becoming almost normal as people who have kept a lid on their deep secret for decades finally come out of hiding.

For regular people who have never questioned their gender, these stories make little sense and they scratch their heads and think: there goes another crazy deluded person. Of course they cannot place themselves in the skin of a person with gender dysphoria.

We are so uniquely different aren’t we? Some spouses take the news as a shock but then adjust while others bolt for the nearest divorce lawyer. There are no right answers here and what happens next is rarely in the hands of the transgender person themselves.

I have tended to be critical here of people who just get up and announce that they are a woman and expect everyone to get with the program. But then I can also very much relate to the struggle that goes in the mind of a person with strong gender dysphoria.

The solution will be as unique as the person and the family that they belong to. All human affairs are messy and full of blurry edges.

The more sensationalist stories make the news of course but then so do the more touching and simple ones that sometimes help the public understand that these people have held on and suppressed for so long for a reason: they didn’t ask for this and didn’t want to hurt their family.

Finding a level of happiness that is almost beyond existential is not for everyone and we all make compromises in life in order to make a living or adhere to promises we have made to others. The trick is to be just happy enough to honour who you are as a person and keeping the ship afloat. All in all, not easy an easy balancing act to be sure and for some there is the risk of not transitioning could lead to depression or suicidal thoughts because of a life unlived.

I was reading a study that noted that late life transitions are mostly driven by the thought of running out of time and not living authentically. When people have raised their kids and have enough wealth amassed to be able to weather the storm is when some allow themselves the dignity of fulfilling a life long dream of living as per who they really are.

Nothing wrong with that. 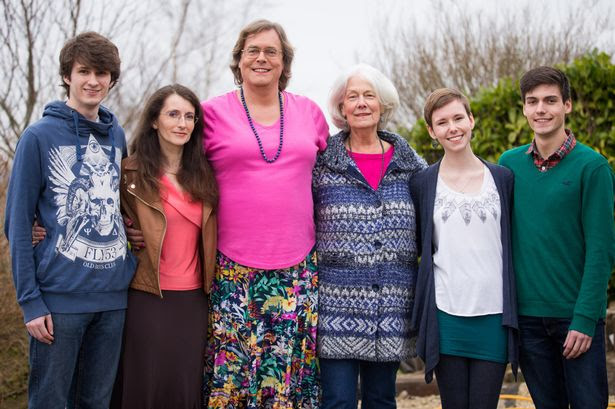