finding your own way

July 26, 2016
I was surprised to learn recently that my daughter has been reading C.S. Lewis’s “Mere Christianity”.

Lewis was a deep thinker and questioner throughout his life and I can relate to him more than the type of person who believes something because it is told to them. My father, who was an intellectual, taught me that faith without reasoning cannot be very solidly built.

Lewis had a difficult life and when he finally found someone in his life that he loved deeply he lost her to cancer. He had to almost re-evaluate his belief in God and begin anew. Here was a man who had begun early in life as a committed atheist and moved slowly towards fervent Christianity by building logical arguments to arrive there. It is often harder to convert the intransigent intellectual mind to the existence of God but this book is solid in its explanation and reasoning.

My children were going to Church every Sunday from the time they were born and after the divorce they would go sporadically only when they were with me. My daughter, invariably going through her questioning stage as I did, is now perhaps re-connecting with her faith through one of the great theologians of the last century.

We all need to find our own way.

I used my father as a foil and railed and argued against him at times but I never lost respect for him. If anything it has grown over the last 21 years and all the more as I approach the age at which he passed away.

There is nothing wrong with questioning if it helps entrench and solidify your thinking on a topic and in that regard you would be hard pressed to find a better role model for such a process than Mr. Lewis. 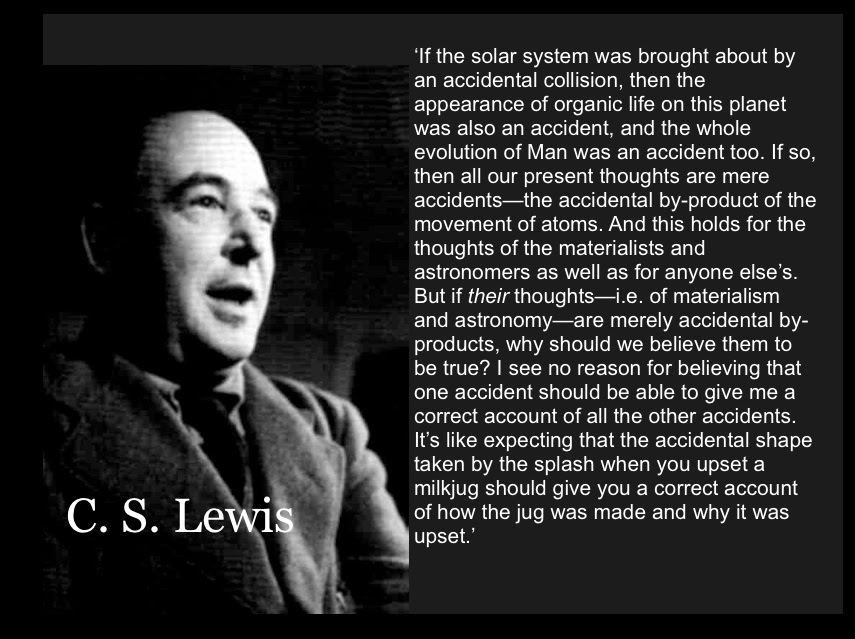