pandering to the base

- July 19, 2016
On the eve of the Republican national convention we can now look back and recall the early days of the Trump campaign. All the pundits predicted that a comical buffoon like this could never get elected but he was entertaining with his talk about building walls to keep the foreigners out. Trump talked openly about how the Mexicans were rapists ready to have their way with American women.

But he kept winning Primaries and kept appealing to the white mostly rural voters who were hungry for jingoistic talk about rebuilding American greatness.

The Republicans have clearly given up on the immigrant, African American and Hispanic votes because they have no chance of getting them. The most popular Piñata is now an effigy of Donald Trump which Hispanics line up to eviscerate in search of treats and as a way to vent frustration at this man who fans the flames of hatred to capitalize on white people’s fears.

The GOP base is scared to death of foreigners, LGBT folks and anyone who doesn’t subscribe to their base values which strangely combine religious fervor and mistrust of government with love of guns and disdain for anyone different. These aren’t rocket scientist voters they’re after but there might be enough of them to make the race interesting.

So it’s going to be the predominantly conservative white base that they are going with and hope it’s enough.

It worked for Nixon in 1968 as he played the race card with a white electorate fatigued of the African American encroachment into their territory. Except this period feels different due to a level of polarization I have never seen before in my lifetime and to the dumbing down of society which has been officially in full swing for some time now. Just keep them consuming and posting banalities on social media and they won't pay attention.

It worked for the GOP in 1968 but let’s cross our fingers for the sake of America and hope that it doesn’t work now. 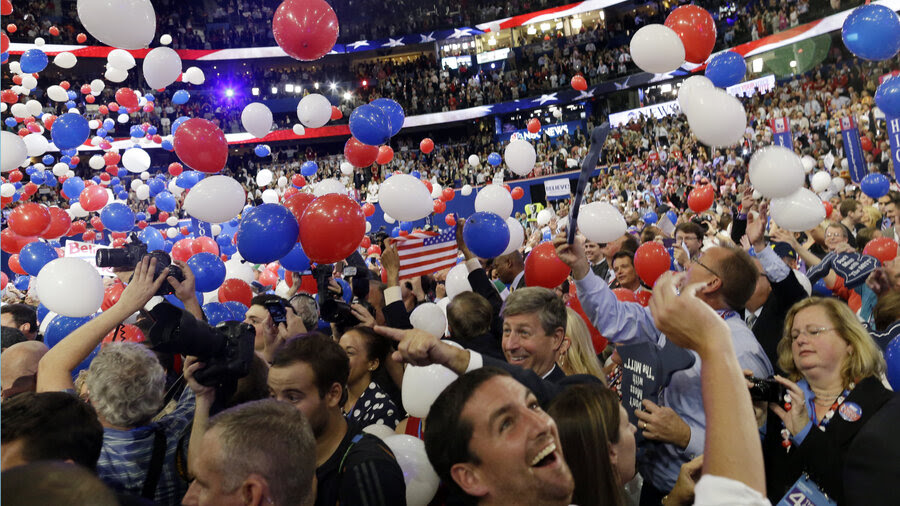