you cannot promise what you do not possess

- January 21, 2017
Of course Donald Trump was obliged to lie during his inauguration speech. You cannot bring jobs back which are permanently gone.

Loss of textile, steel, coal and other blue collar sector jobs that were exported to low wage countries would only be magnified under a model of free market capitalism combined with small government that Republicans love to extol and they cannot be recovered overnight. Protectionism preached by someone who himself outsourced his own interests rings a little hollow and isn't that more of a traditionally liberal idea?

His base won’t be deterred with facts but it won’t take long before they become restless and realize he is just another charlatan except one lacking any previous experience in public office. That trump card (if you pardon the pun) of a plain speaker will wear thin and the complexities of running the affairs of a highly polarized country will begin to hit home.

He enters his tenure with historically low approval numbers and with his most vocal detractors wanting to drive a stake through his heart. But then he bred their hatred by running a divisive and mean-spirited campaign so how could he expect different. In a country where only half of the eligible population bothers to cast a vote he lost by almost 3 million of them. Not the kind of numbers that give you the feeling that you were given a mandate to govern.

For the sake of American unity I will cross my fingers that he avoids scandal although this team looks prime to invite it. By assuring that virtually every cabinet post is assigned to someone pledged to erode its foundations they’re already off to a bad start. I’d watch the photo ops with Putin if I were Trump.

Electing him is the equivalent of tossing a live hand grenade into a room full of innocents. Let’s all hold our proverbial breaths and see what happens shall we? 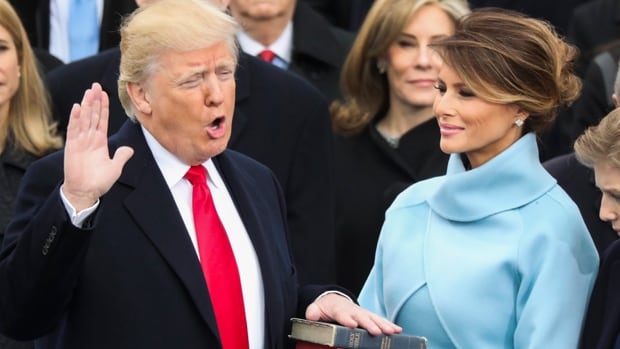