- March 24, 2017
This same bus was seen running through the streets of Madrid with its blunter message that “boys have penises and girls have vaginas. Don’t be deceived”

This advertisement for intolerance, which belies intelligence on this subject is now in Manhattan parked in front of the UN building and says something slightly different in English:

Never mind that message is written by people who understand nothing and most importantly are confusing gender identity with sexual organs and I won’t surprise you by telling you it has been funded by 3 right wing conservative groups one of whom is called the National Organization for Marriage.

Of the Spanish version, one Madrid councilman declared it the “bus of shame,” and city officials ordered it removed from the streets for violating a traffic law restricting advertising on private vehicles.

“We need a discussion about how to respect everyone,” says Joseph Grabowski who is a representative for one of the groups. But he also claimed that being transgender is a “disorder” and that a respectful discussion does not extend to recognizing a transgender person’s gender identity in public settings. (The American Psychiatric Association does not classify being transgender as a mental disorder.) He also added, “They can live that out privately.”

Not only are these groups profoundly ignorant of science and reality but they also represent a dangerous new backlash trend among the “earth is flat crowd”; the very same ones that occupy the Bible belt in the United States and voted for Donald Trump. They can also be found in every country in the world usually also denying climate change, women’s rights and decrying homosexuality as a sin.

Let’s hope that their message does not receive a receptive ear and enough people take exception in order to educate the sponsors although I suspect that wouldn’t have much effect on those who've already drunk the Kool-Aid.

Is it not the least bit ironic that the "respect all" in their message doesn't ring a bell of contradiction in their minds? 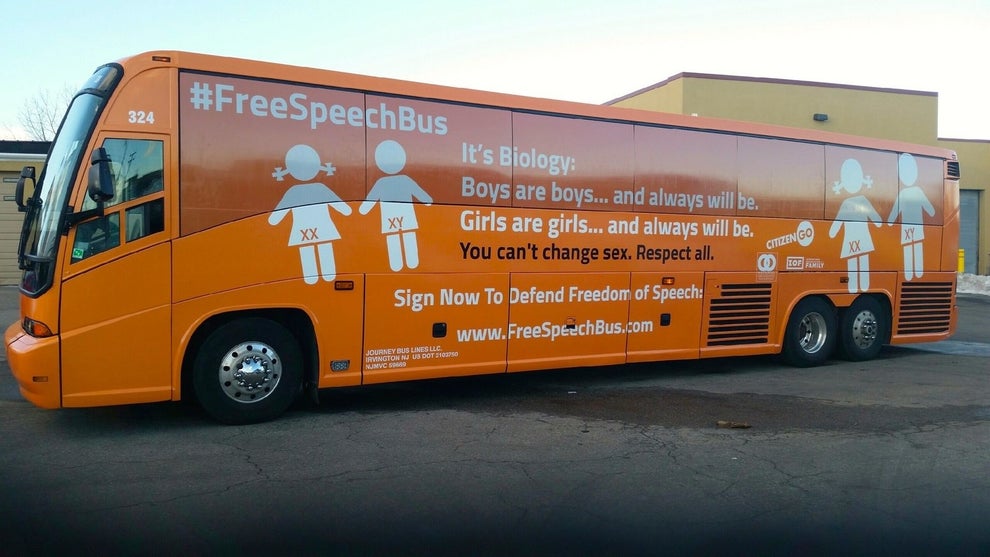