- February 17, 2018
It's a tired old story by now. There is a shooting in a school, a theatre or a mall, the president gives lip service and everything goes back to normal.

This latest Florida shooting was the 18th so far this year and it's only mid February. Pretending this is normal anywhere else would be a grave cause for concern but this is America with its immunity to violent gun crime.

So roly-poly Trump goes in front of the media and decries the problem of mental health but doesn't mention guns. The GOP he ran for houses under its tent that strange concoction of people with a love of money, Jesus and guns. But that is the paradox that is this party where some Evangelicals reconcile prosperity theology with a Bible that preaches God's favor for the poor, the meek and the down trodden.

Look at that graphic below and tell me that Americans are crazier than everyone else or could it be they just have much easier access to weapons? I have written here before that an attachment to firearms seems to be sewn into the DNA of some Americans who think they are still living in the wild frontier. Even if they are obtainable everywhere else in the world the amount of violent crime involving weapons is not even close.

The Republicans are the wrong party to be doing anything about it but even the Democrats seem to be outflanked by a rabid NRA who doesn't take no for an answer. But the millenials are taking note and they don't want their classmates and friends to die so they clamor. "We want gun control, we want gun control!!" at the top of their lungs and, 2nd amendment rhetoric or not, something is going to change because it has to.

Watch out old men cause millenials are coming to take your guns from your cold dead hands and in the long run they will win because they are the new voters. 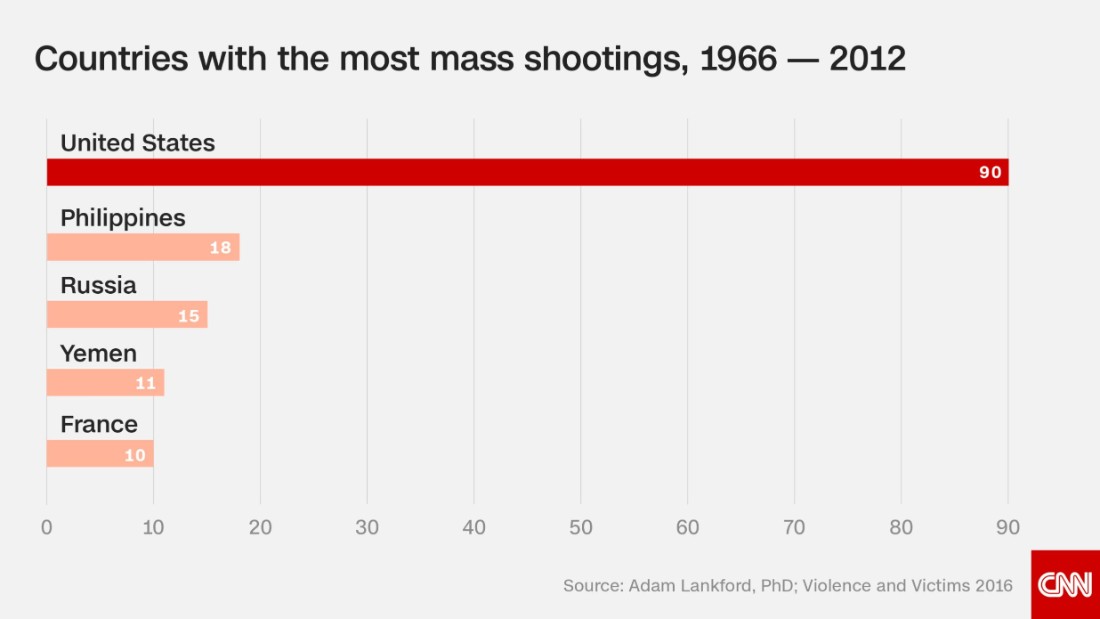