- August 11, 2018
The way I would best describe the journey of older transgender people like me (ie. those who come to acceptance later in life) is as a type of unboxing or unwrapping. We have been conditioned and raised against instinct and then one day we ask questions as to how this happened. We then begin to search for authenticity by allowing those very same instincts to resurface.

There is nothing new to learn but rather it is about allowing behavior and mannerisms which had been allowed to atrophy to be exposed. Once I gave myself permission to be feminine it just sprang forth on its own and it was only the elimination of the shame which facilitated it.

Like many of you I wasn't older than 4 or 5 when those instincts surfaced only to be quashed by well meaning parents and as a good learner and obedient first born I did what was asked of me.

This is why I feel so unconstrained today because it is as if a straight jacket has been removed. I don't need to second guess or suppress anything.

Initially there is nervousness, apprehension and fear which must be dealt with if we are to explore the roots of who we are. So much work went into fabricating you that the person you really are may have gotten lost in the process. 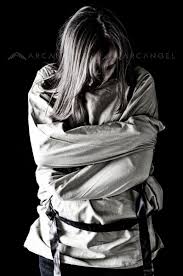