how unique the playing field

- September 27, 2018
I found this quote from Kris Kirk's book on Zagria's site and it is spellbinding because it describes some of the diversity we find within our community:

"If there is any one lesson to be learned from studying this field it is that the individual is individual. People define themselves and the self-definition must always take priority over the received wisdom. I have met self-defined draq queens whom others would describe as TV either because they enjoy 'passing'; or because they 'dress' so often that it could be seen as a compulsion; or because they wear lingerie, either to turn men on or to make themselves feel sensuous. I have met drag performers who have grown to dislike drag, and men who insist on being called 'cross-dressers' because they dislike what the word 'drag' stands for, and men who wear part-drag in order to create confusion and doubt amongst others, but who would never wear full drag because that would defeat their object. I know self-defined TVs who are gay or bisexual or oscillating, some of them having learned to cross this sexuality barrier through their cross-dressing. I have met TVs who dress like drag queens and drag queens who dress like TVs, and TVs whose cross-dressing has encouraged them to question their 'male role', which in turn has made them examine their idea of 'femininity'. And perhaps most important of all, I have learned how marshy a terrain is the middle ground between our earlier clear-cut distinction between transvestites and transexuals." 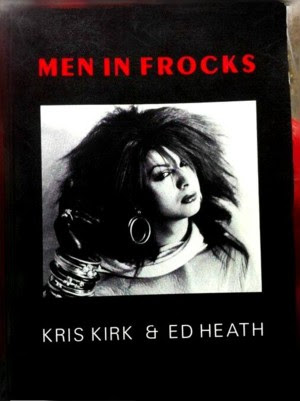