- September 14, 2018
Canada now has 11,000 people in the ranks of the ultra wealthy; ie. the people who make more than 30 million per annum. That puts us 5th in the world and,of course, behind the United States who has an even worse disparity problem.

Those of you who are around my age or older will recall a healthy middle class existing through the 50's, 60's and 70's which has been rapidly disappearing. The atomic family has been replaced with struggling millenial professional couples who cannot make ends meet with both working. There is also the working poor which struggles even more to make due with meager wages.

Clearly that trickle down economic model isn't working and that is because corporations in this global economy are moving operations off shore and also downsizing via automation. I write about this problem because I believe it will be the next major world crisis.

Job numbers mean nothing here because holding down a job doesn't mean there isn't a huge disparity problem and when this bomb explodes it's going to be huge. The general population has less disposable capital to spend; this is plain fact.

As the concentration of wealth moves into the hands of fewer and fewer people there will be a tipping point in the form of social revolt which will be when the poorest can no longer afford to sustain themselves. I am not talking about people begging (although that has seen a huge surge) but instead about the lowest among the ranks of the working poor.

Family dynasties are responsible for the biggest concentrations of wealth staying in one place and that won't change until the taxation laws are revised to prevent the huge disparity from getting worse.

Remember it is not about equal outcome but about equal opportunity and in that sense the system today is hopelessly and completely rigged. 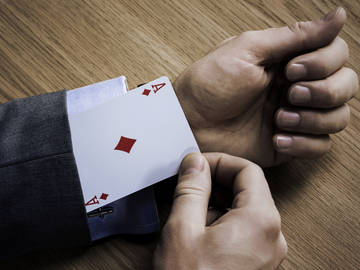