- November 07, 2018
It takes many of us longer to grow into ourselves than most. The reason is that we carry baggage we must grapple with which can make things more difficult. The photograph below I would estimate to have been taken in Madrid during the summer of 1967 which would have made me 4, the sister next to me 2 and the other sister on the far right 3 years old. Right around this time, I would have received the stern message that little boys do not to wear their mother’s shoes.

I was born without the fold in my ears being properly formed and so they jugged out making them perfect targets for insults even from older people who should have known better. About 2 years after this picture was taken I would undergo an ear pinning operation that would drastically paste them against my skull. No, the procedure wasn’t perfect but into the 1970’s my hair would grow out, and I would cover them up to avoid the rude comments I would sometimes receive.

So my early vision of the world involved an understanding that I should fear being myself and that sometimes people are not nice when you look different. This slowed my progression towards achieving a full understanding of myself within the larger context of society. I eventually learned to use my developing intellect as a shield but that wasn’t enough to get me where I needed to be. Being the oldest in a devout Catholic family only made things worse.

We are all shaped by experiences and so I learned to navigate the world by keeping myself safely hidden but it was a copout. What I can say in retrospect is that it takes a rather heavy toll on your psyche. What helped me was a supportive and loving home environment which allowed me to get through the pitfalls of adolescence relatively unscathed.

I use this lesson on my children and tell them that if I can navigate these challenges they can too because we all have them; big or small. Yes, the experiences leave scars, but the skin left behind is now tougher and more resistant to being damaged again. 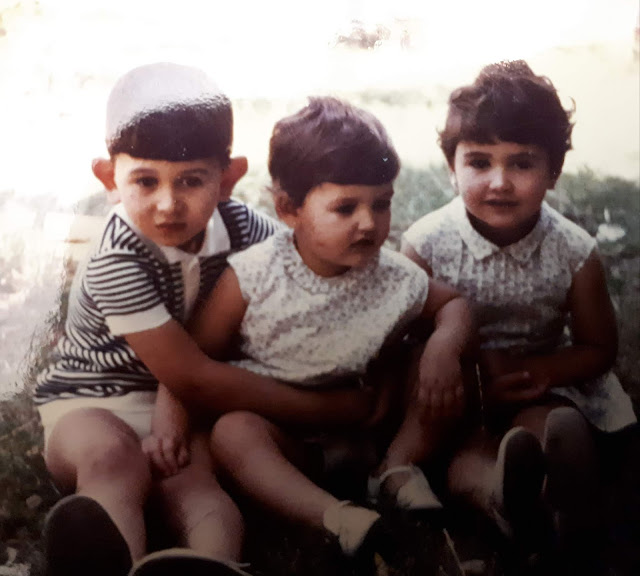