- December 19, 2018
I must admit that I am more perplexed than ever by today’s version of conservatism.

On the one hand there is the FOX News variety of xenophobic pablum fed to its increasingly geriatric audience which is easy to lampoon. FOX is a coalition of haters of all things different and scares its lower education viewers with visions of liberal radicals coming to destroy their traditional red state American values. This exists in other places of the world only that is more pronounced and bigger than life in the US.

In its simplest terms, conservatism is about keeping things the same and not being open to change. Today it encompasses under one umbrella: religious conservatives, racists, as well as the more traditional libertarian haters of government in an uneasy coalition. Those who are more fiscally minded don’t necessarily buy into the more extreme elements, but they have little choice because there is safety in numbers and conservatism isn’t handily picking up new converts.

Millennials overall tend to be left leaning which means they are more tolerant of diversity, care for the environment and money isn’t among their biggest priorities. They are more used to the idea of being looked after so, the hatred of big government espoused by traditional Republicans in the States for example, is not something they subscribe to. This does not bode well for the movement.

Conservatism is increasingly becoming about social intolerance which is why the flames of division have never been higher in the world. We are seeing rejection of immigrants who don’t look like the native populations of countries and they are being presented as strawmen for everything that ails those nations. This is in part how a moron like Trump got elected.

But we shouldn’t be looking at the extremes of liberalism or conservatism for cues to how to run our world. Instead there is a middle ground pragmatism that we should be espousing: capitalism with restraint for greed, policies that uphold human dignity and moves that curb pollution and provide access to clean water for all people of the world.

But unfortunately, in today's world, those division lines which are now drawn along social wedge issues have become more pronounced than ever; a recipe for social unrest rather than problem solving. 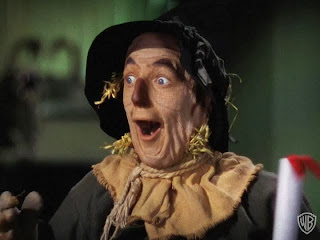