- December 09, 2018
A young colleague of mine and his wife are new parents to a baby boy of 4 months. I estimate that he has already been photographed thousands of times in all kinds of outfits. His every move is carefully tracked and the wife texts her husband constantly; at times, much to my chagrin, during meetings. This child has a crib camera pointed at him 24/7 which both parents can access via their cell phones.

These new babies will be the most social media savvy in the history of the world. Their every move will be tracked, their preferences catalogued and every vacation posted on some platform. By the time they are out of school, an employer will potentially have digital access to every move they have made since their birth.

I worried about my own children born in the late 1990's and how they would fare. Back then the internet was in its infancy and still finding its sea legs. Our children had play dates and their movements were heavily monitored. I had to at times fight with my then spouse to make sure they were given some measure of autonomy. I think they turned out okay but their self confidence suffered and their progress delayed due to the level of surveillance.

I can only imagine what this new crop of children will be like and, with the technology at their own plus their parents's disposal, how this increased capacity to keep tabs on their every move will impact them.

We are living in an Orwellian age from where there is no escape and we will see how society grapples with this brave new world going forward. 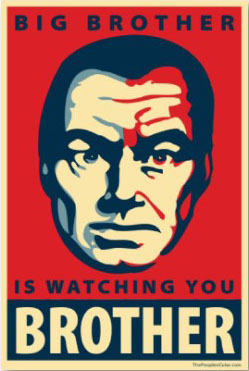