January 20, 2019
To a great extent gender is about performance; at least the externalized parts of it.

Those of us who were brought up male but in some form felt female knew what we had to do to survive and we made certain not to leave any traces of ambiguity. I was so good in fact, that when I came out no one had suspected a thing.

Performance is about meeting expectation and fitting in. It is about being in a group of people of your birth sex and saying the right things and behaving in such a way that you are welcomed among them. Unfortunately it is not about the internal reality and putting your true face forward.

Everyone in society is to some degree an actor and we hone those skills through an adolescence which will allow us to move forward in a prefabricated and disingenuous world. It is when we let down that guard that everything falls into place. We may not be able to do it in every instance, but it feels so good when we are able to.

Some of you have been able to fully get there and, for that, you should be truly appreciative. 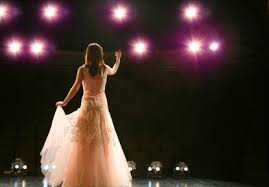