a change of approach

- February 26, 2019
I am starting to like the idea of basic universal income more and more and so are some leading economists. With the increasing disappearance of dependable sources of income, there is going to be a need to look after people who cannot be trained in more specialized fields. Hence for example, people that deliver mail, work on assembly lines or scan groceries for a living will be replaced by automation that can do the same thing with greater efficacy and speed.

That human beings can be freed to do more interesting things with their time is not a bad thing, but we need to get rid of the idea that personal validation can only come from our paid work. Perhaps we could embrace being able to work in various projects at once or reinvent ourselves every decade rather than toil at the same job we hate for 40 years.

Many capitalists are against this of course because they say it kills motivation and is the equivalent to a handout except that they themselves have been feeding into the mantra of “faster and cheaper is better” which has reduced the labor options for these people. The extreme case scenario would be the disappearance of all manual labor and have large swaths of the population unable to feed or clothe themselves.

Hence, to take a purely capitalistic stance on this would virtually ensure massive social erosion on a scale humanity has never seen before. You either allow a segment of the population some dignified work or you give them money to live. 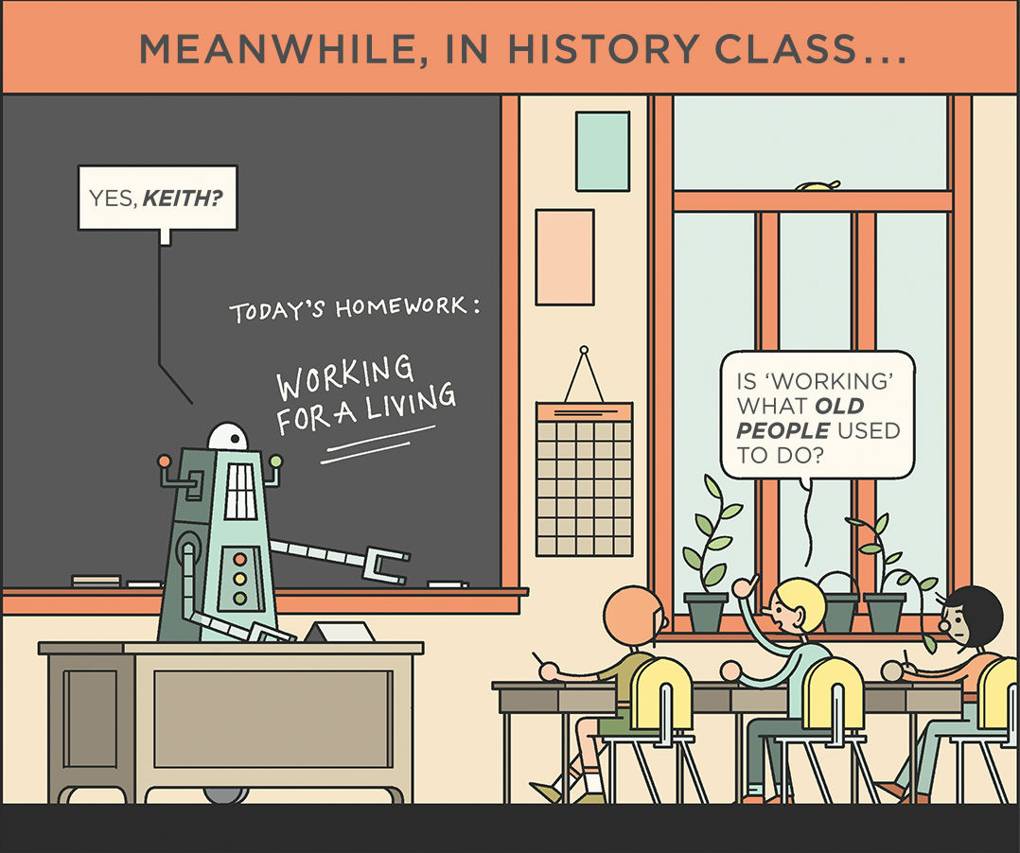