my setup at home

- February 27, 2019
Below is a picture of my keyboard rig at home which consists of a Korg M1 synthesizer(61 keys) I bought many years ago on the top rung and a Korg Krome 88 key fully-weighted workstation on the bottom. The latter is only about 4 years old.

The M1 needs a new battery and isn't functioning at the moment but the Krome works great and is one of the best keyboards I have ever owned; it has plenty of pianos, organs, basses, drum kits as well as a whole host of orchestral instruments. It is also fully programmable although not at the level of basic envelope synthesis but more at the program combination level.

I haven't played in a group for many years but I still record at home using Cakewalk Sonar and a 24-bit soundcard which I bought a number of years ago at Steve's Music store. I first visited Steve's at the age of 17 and the guy who sold me my first synth in my late 20's still works there. 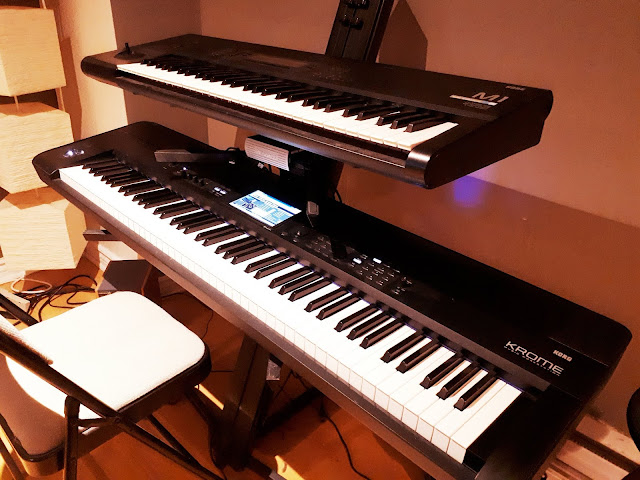