Is it possible that the initial attraction you first felt towards females was more heavily steeped in admiration for who you wanted to be than in sexual attraction?

One of the interesting things we note is that many trans people reverse orientation or at least become more open to sexual partners of either sex particularly after the administering of cross sex hormones. Hence, that initial feeling of attraction towards females could have been heavily infused with more a sense of envy in wanting to embody one of them than to be sexually partnered with them.

I have long tried to understand how this mechanism works in our brains and my reality has been that, while having intercourse, I have always taken the mental role of the female. This made me think that our brains may be be wired more towards the female side of the spectrum than the male and we are always pushing against the envelope of a socialization begun based on what sex we were at birth.

Many of us may feel early on in our lives that we are exclusively heterosexual males but with increasing age that understanding is not nearly as solidly founded. As we become more accepting of ourselves there is doubt which seeds our thinking regarding where we truly lie on the spectrum of sexuality and, as I am spending more time on my own reflecting on my life, I realize that I may have sold myself a bill of goods based on the desperate willingness to buy into a narrative I was raised to espouse.

Still, let there be no doubt that this is a deeply complex subject and one not easily dissected because of the juxtaposition of our root inclinations with a very pervasive socialization hell bent on counteracting them. 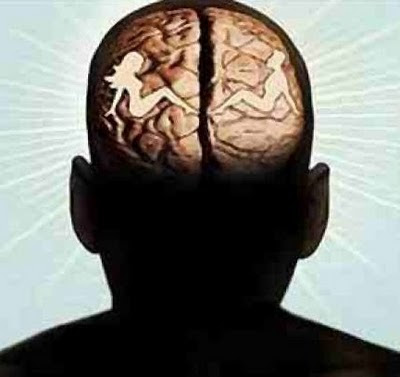