- February 12, 2019
Think about it for a moment. If Walt Heyer were truly concerned about transgender people he wouldn't just be focusing on the regret cases. He would be looking at a slice of the entire community and realize there are plenty of people who have happily transitioned and are leading as normal a life as they are permitted to. But this isn't about that but more about religious fervor and retribution.

Walt found Jesus whom he credits for a conversion and wants everyone else to do the same; except it doesn't quite work that way. Many of us are already spiritual and balanced people who aren't any less transgender.

Being a poster boy for the right is a big responsibility and Walt isn't about to let them down. Those who desire nothing good for transgender people, want to use his repentance as an example of the wrongheadedness in thinking that hormones and a cosmetic operation are going to turn someone into a woman or a man.

I seriously doubt that Walt ever suffered from dysphoria and was more the victim of a grandmother who wanted to play dress up. Anyone who genuinely has it knows that a spiritual conversion doesn't cure you of it anymore than it cures homosexuality. No, we know better and Walt would do everyone a favor and leave people who are finally happy to their lives. Perhaps he would do well to focus on his own.

However, this community is large enough to find all kinds of people in it and maybe Walt can help the ones who do regret instead of trying to make wider pronouncements for everyone else... 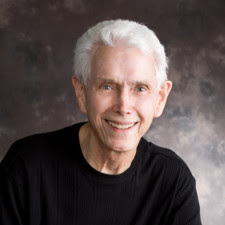