- April 06, 2019
Millenials are leading the way towards a massive social revolution the likes of which we have never seen before. They have grown up with the internet and with a much better understanding of how the world really works. They appreciate diversity and hold completely different views on gender and sexuality than we who were born closer to the middle of the 20th century. They have thankfully been spared the Kool-Aid we were taught to consume.

Research shows that millenials are significantly more progressive than baby boomers in their political views as well, which is bad news for right of center media like FOX News whose audience is slowly dying off.

On the research side of things, wacky theories like the work of Ray Blanchard are largely being ignored and will slowly disappear along with the disciples who have tried to disseminate them.

The landscape within the next twenty years will be starkly different and those of us who grew up in the old ways won't recognize things anymore. For we are on the cusp of liberating human beings from gender oppression and, with our new understanding of its workings as a spectrum, we will permit people to define themselves on their own terms. Bastardized religion and institutionalized bias will not be allowed to kill the human spirit and we will all be the better for it.

Let us rejoice then and take heart in the vindication that this knowledge brings. 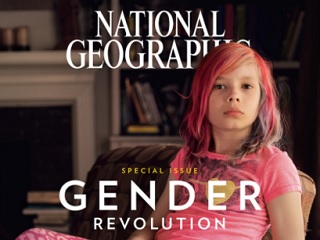