- April 10, 2019
I don't take many pictures, but this is the oldest one I have of myself dressed up. It was taken some time in the early 2000’s in the when no one was home which was a rarity. My children were then very young, and I was not yet at my breaking point with regards to my gender dysphoria, but I was close.

It is ages ago both in time and in mindset and that person wouldn’t understand where she would end up one day. She had no idea she would wind up divorced and living part time. That would be the most foreign idea in the world at the time.

Like many of you, I am proof of the brain’s plasticity and of our ability to adapt and learn about ourselves. We can stretch the boundaries of self-knowledge and allow the buried personality aching to be released to become free. I had no idea what was coming but I do know that the growth has been startingly dramatic as it usually is with us once we become self-realized.

It seems that, for some of us, the hard way is the only way. 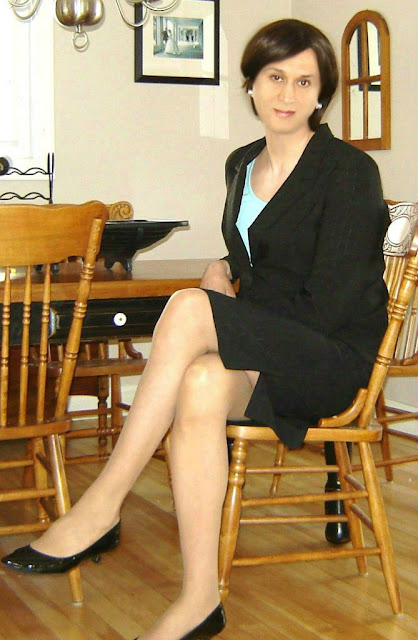