- June 10, 2019
Madrid is still capitivatingly beautiful with its narrow historic streets full of cobblestone charm but also avenues like the Gran Via with its architectural majesty. It is decidedly not the same city I last saw 25 years ago when a proper mixing with the rest of the modern world had not yet occurred. Now the Starbucks' and the Sephoras have moved in and the youth look very much like they do at home. It is me who has aged and still half expected to see the city I had left behind would stay frozen in time.

The streets are packed at all hours not only with tourists but with locals who instead of living in large homes, lead their very social existence in the tapas bars and in the cafes where they people watch as they also catch up on their social media on the most recent devices.

One other very noticable thing is the modernity of threshold for tolerance as the LGB youth are not shy to show their defiance to a world that once shunned them through Catholic orthodoxy. They openly hold hands and kiss and ignore the opinion of others who might still be perturbed by their defiance.

I take solace in this world that didn't exist when I was trying to find self acceptance for my own difference and my daughter is equally glad for it as we discuss my decision to leave Joanna at home. 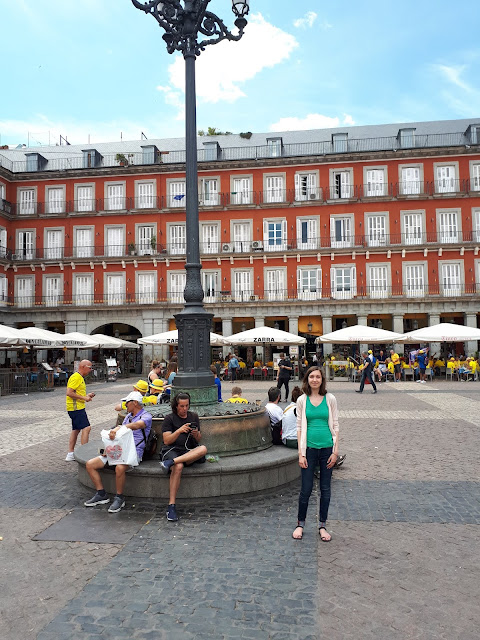