I’ve written here many times about the concept of authenticity and, if you are measuring yours against an external metric, I would suggest that you are doing it wrong.

Authenticity is about being true to one’s internal identity which can easily be suffocated through the messaging we receive before we are even able to walk. Since many people are driven by fear of being misaligned with the rest of society, their earnest attempts at helping you ‘’fit in’’ can invariably contribute to a dampening of your spirit instead of helping you. I spent many years listening to the world’s voiced directives over my own internal compass which, in retrospect, turned out to be a mistake. For society’s often misguided and contradictory dictates saddle us from early youth and end up being detrimental to our well-being and sense of self-worth.

Trans people used to try and blend in perfectly as their target gender to avoid being detected: an admirable goal which allowed many to avoid being harassed. But today it is not as realistic given that people are more educated and, in turn, more likely to recognize a trans person through either deepness of voice, size of hands or some other telltale sign.

The answer then is to turn inwards and find your value there because that is the most honest and pure goal. One which, in the end, will also provide the most resilience and strength in facing the volatility and fickleness of a world that often doesn't know what to make of you. 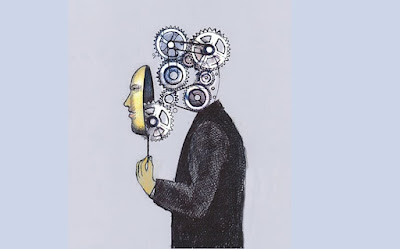