Fervent religious orthodoxy is as ill contrived as blind allegiance to atheism. Both suffer from lack of convincing bulletproof evidence and stem from the idea that humankind can comprehend all through either unwavering pious belief or conversely a strict adherence to our limited science.

I often use the example that if an insect cannot conceive of a human and its origins, the difference between that human and the intelligence behind the universe and its contents is almost infinite. Therefore, believing that we will ever comprehend all while in the guise of carbon based life forms makes me chuckle. Instead, a healthy agnosticism if we tend towards non belief and mistrust of the human elements polluting world religions if we are believers are our best bet if we are to be rational. After all, if humankind understood the nature of God there would be only one religion practiced in the world instead of hundreds.
By the end of the 3rd century Rome had become Christian and the essentialist message about helping the poor and the downtrodden could not be allowed to continue as a baseline if the church was also going to preach to the wealthy. As Christianity eventually spread throughout Europe the temptation to embed clergy with royalty and have them work in tandem was too tempting. This polluted the original message but allowed for greater control of the population and the fear of hell and guilt could be powerful weapons to monarchs who required obedience and loyalty. This practice continued for hundreds of years and today we have caustic variants like prosperity Christianity to pollute the message of Christ. It never fails to disappoint.
We all have a deep-seated need to understand our place in the world and the reason for our existence with that gap necessarily being filled with something which allows us to sleep at night. Whether we are correct or not is less important than our adherence to belief. 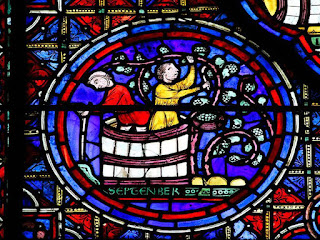