Those of you who have read my blog in the past for any length of time know that I do not comprehend conservatism as an ideology. In its mildest form it takes on aspirations of fiscal responsibility but even that can degrade into the idea that government has a very limited role to play in society and people should be left to their own devices. With a minimal safety net and with a for-profit corporatist sociological philosophy, it devolves into the current American system which is helping dismantle the country piece by precious piece.

Add to that the southern strategy which the GOP employed to gain voters in the south, and you have an amalgamation of people who vote along wedge issues: racists, guns, abortion, etc. The result is a fractured nation which cannot abide the other side for its blatant disregard for what to them should be obvious.

If you were to transport an individual from the Middle Ages into the world of today their head would explode. Not only for the technical innovations but also for the social change which would appear to them to be impossible. We look back to that time as perhaps a more innocent incarnation of society which eventually progressed into a more enlightened one. Not that this is a simple exercise by any means because the transition process is often fraught with wars and other forms of social unrest.

The point is that progress is part of the human equation and adopting an identity as a conservative seems to suggest you are against evolving. Therefore, having that stance as a starting point is always going to keep you pining for the way things were and, in your opinion, always should be. 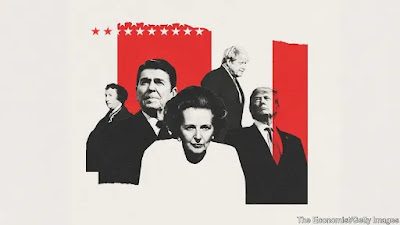