As trans people many of us have had to deal with rejection on numerous fronts in our lives. Whether it is disapproving parents, siblings, spouses or friends there is always someone not fully happy with your identity. Sometimes that disapproval is outright rejection but it can also be conveyed in more subtle ways which have a similar effect.

If you are fortunate enough to keep ties with the aforementioned people intact congratulations but fear not as there is always someone in society more than willing to denigrate you. I understand both sides however, and some trans people come out with a flourish expecting everyone to get with the program in a hurry. Real life doesn't work that way and a major change requires patient adaptation on the part of all concerned most especially if the relationship really matters to you. The one thing they need to get is that you aren't going to stop being trans no matter how appealing a scenario that might be for them. The older the generation, the less likely they will be accepting.

Our scars are not necessarily irreparable however and they can be tended to. For some it takes the form of years of psychotherapy, while for others (myself included) years of self-help through research and personal introspection. This blog began as part of a cathartic release of pent up frustration and writing it ultimately helped me more than I could have guessed at the time. Today, whenever I am tempted to navel gaze, I look at the many challenges anyone who is different faces in this world and draw strength from them. In that light, being trans is no worse than any other reality and, what I used to perceive as a burden when I was trying desperately to fit in, I now view as an intrinsic part of who I am.
Bordering on the lip of full-blown transsexualism only made things more challenging and hoping I was a crossdresser and be able to live my life accordingly wasn't going to make it so. Instead I learned to lick my wounds and stop being my own worst enemy by finding a formula that worked for me. 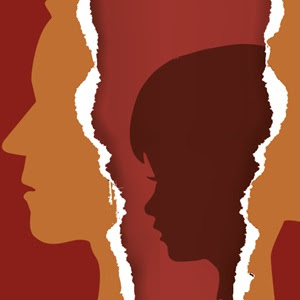