Ben Shapiro is the human equivalent of a turd. Pint-sized and helium-voiced, he preaches a mantra of “facts don’t care about your feelings” using the crutch of biology (an argument not lost on trans people) and with the fervent belief that he has wrapped up the issue of what he terms “transgenderism”. Like most social conservatives, he simplifies what is complex and also heavily tinged with sociological implication and nuance, into a black and white sound bite. "Boys are born with pee-pees and girls with vaginas" is his checkmate position stated with the hubris and self-satisfaction of someone who is convinced he has you cornered.

That Shapiro isn’t cleverer yet still manages to attract a large audience speaks to me about the gullibility of many people who cannot think beyond the tip of their nose. For if one thought hard enough, one would realize that the sheer numbers of trans people (roughly 1.4% of the global population) and their insistence represents science which must be studied and understood. But when you have an agenda poised and meant to discriminate, it is easier to dismiss any inconvenient details which muddy your tidy argumentation.

There will always be people like Shapiro in the world because, at the root, our biases are drilled into us in childhood with Pavlovian repetition. When we are schooled by people and societies who don’t know any better, we will struggle to analyze deeper into issues which challenge our preconceived thinking. As someone who also fell victim to much programming in my life, I can only imagine how much worse it must be when you are saddled with a dogmatic fundamentalist orthodoxy which stifles your thinking as well as your empathy. 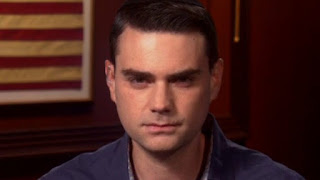