A Virginia school board has agreed to pay more than $1.3 million to Gavin Grimm, a transgender former student who sued the district over its bathroom policy, sending the case all the way to the Supreme Court.

The Gloucester County School Board said on Thursday that it would pay the entire amount in legal fees that Grimm and his lawyers had petitioned for after a years long battle that brought national attention to the rights of students to use the facility that corresponds with their gender identity.

The former student and his legal team argued in their petition that the case's "arduous journey" involved constant confrontation with the school board, which argued its policy protected students' privacy and wasn't sex-based discrimination because it was applied equally to all students.

But Grimm's case went on to be the first time a federal court held that Title IX protects transgender students' right to use restrooms consistent with their gender identity, an unprecedented decision that affected similar cases nationally.

Thursday's agreement means that no further proceedings remain in the case, concluding over a decade of legal battles between the former student and the school board.

To Grimm, the decision is a signal that discriminatory policies are not only financially costly but also bring undue consequences for vulnerable students.

“Rather than allow a child equal access to a safe school environment, the Gloucester School Board decided to fight this child for five years in a costly legal battle that they lost,” Grimm said in a statement via the ACLU. “I hope that this outcome sends a strong message to other school systems, that discrimination is an expensive losing battle.”

Grimm first sued the school district as a sophomore at Gloucester County High School in June 2015.

When Grimm came out as transgender, the school adopted a policy that prohibited any child "with gender identity issues" from using shared bathrooms with other boys and girls, according to the American Civil Liberties Union (ACLU), which represents Grimm. He told a school board meeting that being forced to use bathrooms at school that did not match his gender identity was "alienating" and "humiliating."

Grimm was made to use an "alternative appropriate private facility," an isolating experience that made him feel systemically excluded by his peers even after he commenced hormone therapy, had gender-affirming surgery, and officially obtained a Virginia state identification card, according to the ACLU.

The ensuing legal battle, and millions of dollars now due, could have been avoided if the school board had simply let Grimm use the boys' bathroom, the ACLU of Virginia said Thursday.

Lower courts ruled the school's policy violated Title IX of the Education Amendments of 1972, and in June, the Supreme Court rejected a petition from the school board to hear the case. That upheld a decision the US Court of Appeals for the Fourth Circuit made in August 2020, which affirmed that the school board violated Grimm's constitutional rights. 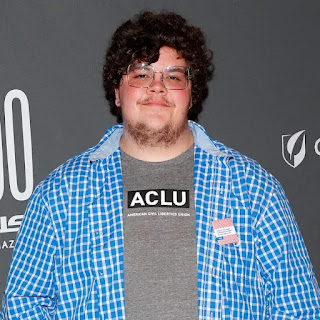