“Sommerville’s sex is unquestionably female,” ruled the Illinois Second District Appellate Court on Friday, “just like the women who are permitted to use the women’s bathroom.”

With that crucial determination, the judges unanimously concluded that Hobby Lobby Stores Inc. violated the law in Illinois by denying a transgender woman employee access to its women’s bathroom in the store in which she’s worked for almost 23 years.

“They stuck to the law,” Meggan Sommerville, 51, told me in a phone interview. “I think that, to me, was as much of a victory as anything else; That the law in Illinois is so clear that even conservative judges couldn't go any other way with it.”

This landmark ruling, as Bloomberg first reported, is one of first impression, meaning it is a case in which a legal issue has never before been decided by that governing jurisdiction.

“This is a precedent setting case in Illinois, because the Human Rights Act has never been tested in this way in Illinois, and actually in the country,” Sommerville said.

According to her lawyer, the decision applies statewide to every transgender individual and every public bathroom, not just the Hobby Lobby store in East Aurora, Ill.

“It is so broad, sweeping, when you read through it,” said attorney Jacob Meister, who has represented Sommerville for more than nine years of her 11-year battle to use the ladies room at work, working alongside attorney Katie Christy. 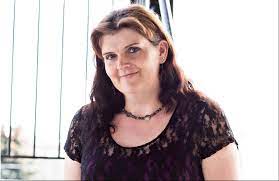