I remember reading Kate Bornstein's book "Gender Outlaw" decades ago and quite liking it. Now in her early seventies, she still considers herself neither male nor female but simply identifies as herself. She has escaped all trappings of the binary and resides in her own space.

I recently saw a video of her speaking in 2018 and she commanded the attention of the audience the way people who are elder statesmen sometimes do. There is a fluidity of speech but also a total absence of self consciousness as thoughts are expressed openly. There is also much self deprecating humor and wit which comes from having lived a little.

Ms. Bornstein talks of a gender plenary instead of a binary and sells the idea that the human race is a wonderful spectrum of diversity. She just might be on to something there. 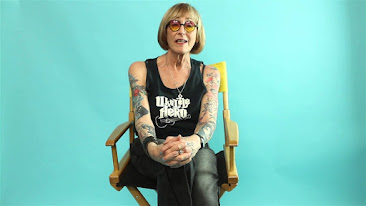