It was through meeting other trans people over the years that I was able to better understand my own particular situation.

For example, meeting those who comfortably identified as crossdressers made me realize I wasn't one of them. For years I had been hoping that I could justify the way I was by attributing it to an activity that I could manage while at the same time trying to desperately get rid of so I could be "normal". In 2007, they set me straight at the gender clinic and made me realize that wasn't going to happen. Conversely, I met people who were clearly transsexual (some of whom transitioned) and others latent and perhaps in partial denial as I had been.

In conversations and online exchanges I realized there were some overlaps but also important differences. For example, crossdressers seemed to be quite comfortably invested in their male identity for the most part or at least were able put the two worlds into separate buckets which was something I was increasingly having trouble doing. Don't get me wrong in that I have absolutely nothing against crossdressers, only that I realized that their dysphoria was either wholly absent or mild enough to allow them to exist that way in perpetuity whereas I felt my situation was slowly and inevitably advancing towards some sort of transition scenario.

Meeting with and interacting with different people helped me to understand my situation which was equal parts satisfying and terrifying. This process culminated in my seeing the endocrinologist Dr. Morris some years later and reflecting on starting hormones. Ultimately he advised me against it in that there were no guarantees it would diminish my dysphoria plus would introduce me to blood clot risk. 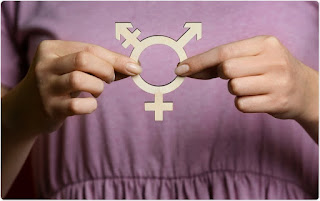