Those who are older and comfortably identify as crossdressers have some negotiation room within relationships. From outright subterfuge, to grudging acceptance if kept out of sight, to occasional outings together, many manage to remain married despite the challenges.

Those of us further along the spectrum however, face a more complex situation which was only exacerbated by our personal discovery over time. We may have gone from full rejection of our identities to embracing them within the context of one or perhaps many partnerships. The more one gets closer to being themselves, the less one is willing to negotiate away something so intrinsically hard wired. Even given my decision to not medically transition, my transsexualism has put me in a position where there is little wiggle room and have decided to let an openness to meet someone remain while not hinging on it as a prerequisite to contentment. I have chided trans people here in the past for not understanding how hard it is for a partner by imagining the shoe being on the other foot and expecting unconditional acceptance is ignoring statistics clearly not in our favor.

The only thing we truly possess in this life is our ability to be genuine and real and that cannot and should not be negotiated away. For younger generations things will be easier and they get to know themselves sooner and, through our increasingly open and more accepting world, some will be able to have the best of both worlds.
In fact we are already witnessing it. 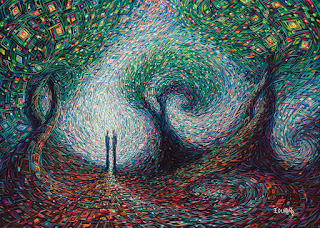