Somewhere along the way, something happened to the idea of the common good which has been replaced by the distraction of technological advancement and personal gratification. I cannot pinpoint the exact moment when it started but I have noticed the worsening problem over my lifetime.

Social media, sold as a savior of estrangement and alienation, has proceeded to do just the opposite and has fed both narcissism and isolation at an unprecedented rate. I also think its fair to say that a growing anti-intellectualism has paralleled its rise (Marjorie Taylor's Green's election to Congress, for example, should set off alarm bells). While we were distracted, some nation governments made decisions which impoverished our societies for the sake of a globalism model which only fed inequality rather than cure it. That model is neoliberalism

The common good used to be about making people less hungry, less poor and less lonely but instead the opposite has happened and we now cling to vapid personal fulfillment goals as a trophy to be shared and for all to envy on Facebook and Twitter. The deeper and more lasting prize which comes from helping others has been sacrificed at the altar of a society which, for the most part, has lost its moral compass.

Drastic corrections seem to happen at critical times which is a lesson history teaches us and I pray that ours won't be quite so punishing. The world has never been perfect but then never have we had so much power to impact it adversely than we do now. 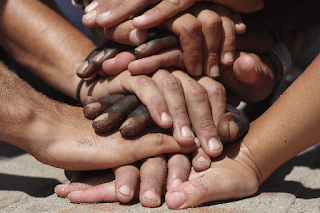