Since the GOP morphed into a cult of personality they have only amplified their rage. The former president and messiah of the fringe, a putrid husk of a human being with no observable redeeming qualities, permitted them to say the quiet parts out loud and exposed the rot which was very much alive and well in the country.

There is no going back of course and now that the entire right has been uncomfortably placed in the same crockpot, the party may be beyond repair. It must be said that the dangers of a two party system are not helping matters as the Democrats also fight for their soul in a battle pitting a progressive wing against a corporatist faction hellbent on preserving the status quo.

Both parties are not the same of course and the fascist instincts of the right are making them the biggest threat to an already dangerously fragile Republic. If the Republicans' strategy to use culture war outrage as weapon continues, there may be nothing left to do but watch the damage happen and then wait to pick up the pieces so you can start over.

Interesting how we cannot seem to get past the cycles of history. 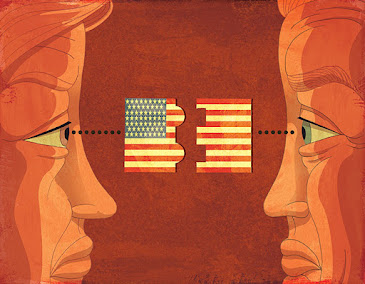