While it may be tempting during the era of COVID to ridicule people who take a parasitic treatment medication like Ivermectin, wash their groceries, or walk masked to the eyeballs in empty fields we need to get to the root of where the penchant to believe misinformation lies. Sure, large swaths of the population lack critical and analytical thinking skills but that doesn’t entirely explain why the temptation to believe hearsay over expert advice thrives.

Clearly part of the problem is sourced in the power structures which run the world having proven themselves complicit in the public’s mistrust since much of their Machiavellian maneuvering has increasingly been exposed. That along with the development of social media have germinated the kind of echo chambers that can help spread misinformation and paranoia.

I don’t think there is a simple solution for this since the human animal won't evolve beyond their obvious limitations, but we need to think of methods to curb what appears to be a growing problem of mistrust in science and in expertise. 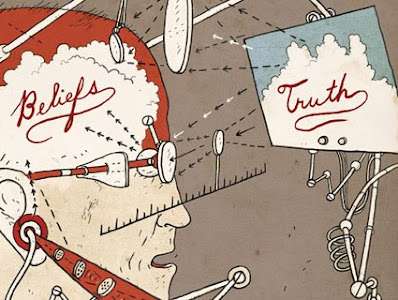