Neoliberalism was supposed to democratize global economies except that it did just the opposite. Since many nations operated under conditions that infringed on basic human rights, it was easier for multinational corporations to set up shop in places where they could clearly take advantage. For example, people in North America who lost their blue-collar job had it outsourced to someone who barely had enough money to eat on the salary they were being paid in their own country.

Human nature operates on much the same principles as it always has and, while there is altruism and decency in the world, a good portion operates on avarice and disdain for the plight of others. Left unchecked, many individuals and companies have worked without scruples to make the world a more fragile and precarious place.

As the top margin of society continues to amass a larger share of the wealth, we are seeing cracks in the foundations. Small wonder then that the mistrust among the uneducated continues to grow and, even as they do not comprehend the true reasons for their plight, they can tell something is drastically wrong as their descent towards desperation continues. 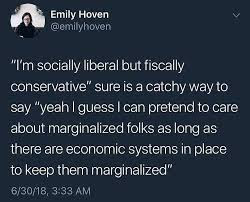