"Punching up" was something that George Carlin did very well. His political satire peppered with profanity poked fun at the systems that kept people oppressed and desperate; systems that they could not escape. In other words, it was easy to imagine him as a potty-mouthed Robin Hood figure pointing fingers at injustice with his comedic bow and arrow.

Contrast that with Dave Chappelle's latest Netflix special where he gleefully punches down by pronouncing himself a member of "team TERF" and proudly defends JK Rowlings's paranoia about men in dresses stalking women's spaces. In this "everything is on the table" era it's easy to disguise prejudice on the premise that it's a just a joke. The problem is that some listening would gleefully maim or kill a trans person who already live with dangerous levels of anxiety, depression and suicide not to mention the homicides that occur every year. In particular, Chappelle should also realize that this reality applies most often to trans women of colour.

It is clear by now that Mr. Chappelle doesn't much believe trans people and I know that his level of education on the subject, much like the general public, likely does not even reach sophomoric levels. So I ask myself if it is possible to tell trans jokes that are not overtly laced with obvious vitriol? Well yes and in fact I hear them all the time even from trans people themselves who can still manage to find humor in their plight.

I am not a cancel culture advocate only that I bemoan how some people choose to employ their megaphones. 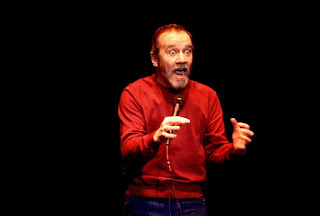